Blog
The 1st Cosmotic Magazine – and how it happened 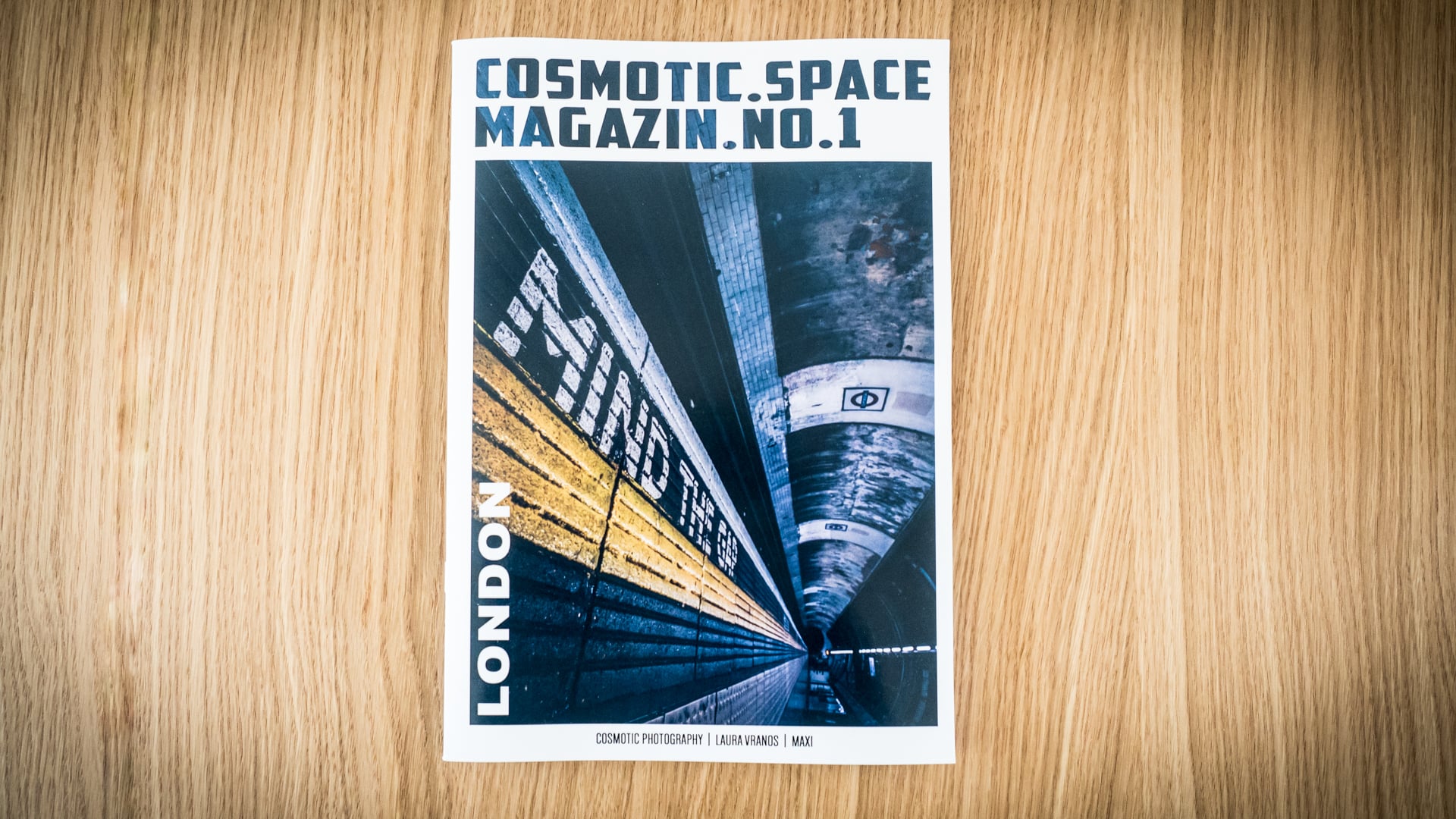 How did it happen? The first Cosmotic Magazine and that my pictures found their way into it? Well, once upon a time on the evening of November 9th, 2017. It was a Thursday and I was about to go to bed, when I received a message:

Holy… wait, whaat? If I’m OK with that?! Hell, yeaahh, hello?! What a question! I was kind of baffled, but what a chance! And I thought, well, no one wants to publish pictures of someone whose work is crap. So there must be someting to that and so the story began… Olli, btw, is the photographer behind Cosmotic Photography, who I got to know at the Meet & Grill by Alexander Heinrichs in September 2017. We’ve been in contact ever since.

Many evenings went by selecting a small 10-picture series. A collection of pictures focusing on lines. Then the magazine’s topic became clearer and clearer… LONDON. Hm, didn’t really match my series. Because you could tell my pictures weren’t taken in London. The last time I had been in London was years ago. And back at that time I didn’t take pictures like I do now. So that was semi-satisfying. Up until the day my best friend asked me if we were going to spend my birthday in London. A chance fot taking “real” pictures? Brilliant! And apart from that I would have a model by my side. Nice!

During that weekend it was almost constantly raining. Rainy, cold, definitely not my cup of team. At least the evenings were mostly dry. As it happens, during that weekend the Lumiere Festival took place, a collection of light installations all over the city. So we visited a few of them. With all those people squeezing through those installations it was quite tough taking pictures. And using a tripod wasn’t an option either. But we could do minor experiments and the puddles were perfect mirrors for some reflection photography. We also got pretty good pictures at Camden Town one day.

Afterwards it was still pretty hard letting my original series go and selecting a completely new one. I had many good pictures, but they wouldn’t make a series. Or I would have needed two more pictures for a series containing all my favourite pictures. So in the end I had to bring myself to compromise and put some of my favourites aside. This tool several evenings just to create some distance between me and my pictures so that I could see them differently. And then one evening, there it was. A series of pictures shot in the evening hours. The topic occurred to me while having a walk… LIGHTTIME. A play of words with nighttime and light which matched just fine!

Olli offered me designing a postcard as an insert for the magazine. Ok, so you might think, that’s just a postcard, the designing should be quick. Ha! But even that took what felt like ages beginning with selecting the picture, editing front and back of the postcard and re-editing again. All together it has been a really good experience and I’ve learned so much from it.

Now the magazine and the postcars lay right in front of me and I still can’t believe it. It’s amazing seeing your own pictures printed. The qualitity is really nice, 108 pages on 135g/m² paper and stapled binding. The magazine’s full of great pictures of Olli, me and Maxi, also a really talented photographer. Everything about London from a non-touristic point of view and from three different perspectives. At the moment there might be a chance that the magazine is presented in some blogs and vlogs and stuff. That sounds amazing and, of course, generates a wider reach than two years of Facebook and one year of Instagram have ever generated. Slowly but steady… which is why I’m grateful to Olli for giving me this opportunity and I’m wondering where this might take us.

You can buy the magazine here:

If you’re living outside Germany you should ask if Olli is shipping abroad.

What do you think?